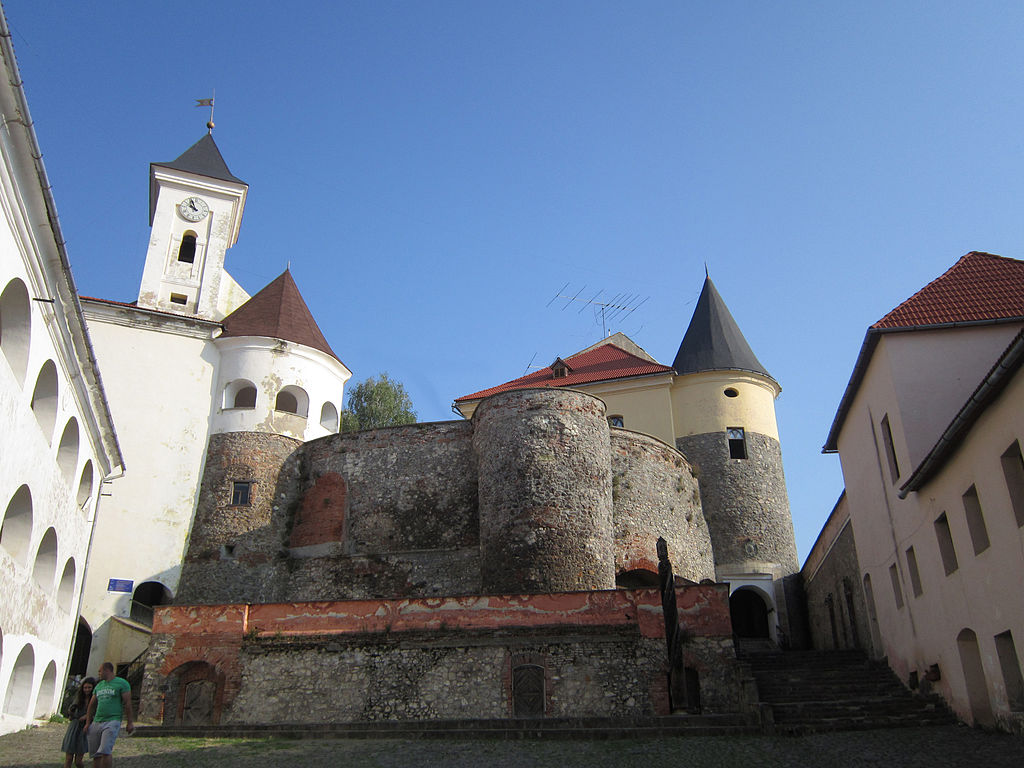 The castle in Mukachevo is an architectural gem of Transcarpathia and, next to the fortress in Kamieniec Podolski, also of the whole of modern Ukraine. It was built on a mountain of volcanic origin 68 meters high and covers an area of 13,930 square meters. m. The exact time when the castle was built is unknown, but it is already mentioned in documents dated to the 11th century. The castle, like all these lands, experienced ups and downs. It was rebuilt, rebuilt, and also changed hands. In 1241, the Mongols invaded the territory of the Kingdom of Hungary. One of the first points of the attack was Mukachevo. The army of the Batu khan of more than 60,000 completely destroyed the city, but was unable to capture the well-fortified fortress. From 1396 to 1414, the castle was owned by Prince Fyodor Koriatowicz from Podolsk. The ruler strengthened the castle and turned it into his residence. In the 15th and 16th centuries, the castle was in the hands of many rulers who constantly strengthened it. At that time, the castle’s defense system consisted of 14 towers, and there was a large palace on the top.

In 1633, the Mukachevo Castle was acquired by the Transylvanian prince Jerzy I Rakoczy with the right of inheritance. The princes of the Rakoczi dynasty transformed the castle into the capital of the principality and ruled it until 1711. In the years 1685-1688, the castle survived one of the largest sieges conducted by the army of the Austrian emperor. The defense of the castle was led by the widow of prince Ferenc I Rakoczy, Ilona Zrini. After conquering the castle, the Austrians rebuilt it, which made it the strongest fortress in the east of the empire. In the years 1703-1711 the castle became a stronghold of the Hungarian nation’s liberation war against Austria. Ilona Zrini’s son, Ferenc II Rakoczi, led the war. After the defeat of the liberation war, the castle gradually lost its strategic importance. In 1782, a political prison of the Austrian monarchy was opened here, where over 20,000 prisoners were held for over 100 years. In July 1847, the famous Hungarian poet Sándor Petőfi visited the castle-prison. During the period of the Czechoslovak Republic (1919-1938) there were military units in the castle. During World War II, the castle was taken over by the Hungarian army. After the liberation in 1944 and the annexation of Transcarpathia to Soviet Ukraine, the castle housed a vocational school. Currently, there is a museum in the castle.

Castle legend: “At the dawn of the castle, the prince ordered a well to be dug. Despite the long work, not everyone could get to the well. when the need arose, the prince ordered a well to be dug. No matter how long it was dug, not everyone could get into the water. Hearing the same saying every day: „Holy prince, there is no water”, the ruler lost faith that he would ever find water in the well. One day the devil came to the prince and offered a deal - a bag of gold in exchange for filling the well with water. However, it turned out that there was no money in the treasury, so the prince could not pay the ruler of hell. The prince offered his soul, but the devil refused, demanding money. One of the faithful knights suggested a trick: „A prince, after all, a bag of gold does not have to be large: a bag is also a bag.” Dropping the last two gold coins into the sack, he was handed over to the devil, and he, terribly indignant, declared, „You won’t drink any water anyway,” and with these words he jumped into the well. Since then, from the depths of the well, every night you can hear the devil cursing at the bottom of the prince and the trick he has shown.”